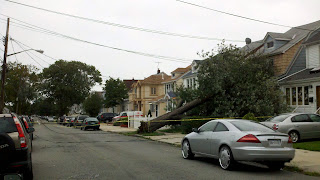 The Storm has passed. But for an actor ‘passed’ means ‘passed into memory,’ where significant details are filed, either by writing them down – or through linking them to other memories.  I’ll get to ‘linking’ in a minute, but first a suggestion about writing things down.
For many actors who haven’t a great association with formal education and intellectual pursuits, or don’t like writing, the idea of keeping a journal is intimidating – or just plain repugnant.  It’s true, though, that keeping notes on experiences you would like to remember is helpful. So here’s a useful tip I actually learned in a school: keep a very small notebook with you at all times, men have pockets and women have pocketbooks. When something strikes you as ‘significant,’ write a note to yourself.  Be sure to date your entry. Our memory for ‘where we were when’ is often good, although we may have forgotten the exact piece of that memory we need to remember.  I find that having written down a lot of ‘stuff’ in notebooks of varying sizes – yes, I do keep a journal, but not consistently – my skills at ‘linking’ are always improving.
Okay, what’s ‘linking?’ An example: last night and early this morning, I was experiencing hurricane Irene in various ways. I remembered hurricanes Carol and Edna from my childhood in New England, where hurricanes were a big deal. A large, swift-moving river was literally in our back yard, so the tide came whooshing across less than a hundred yards of marsh land and right into our cellar during hurricanes. I must have been around ten years old, living with my ancient but intrepid grandparents when Carol and Edna hit.
Both hurricanes, within ten days of each other, were Category 3, two one-hundred year old elms crashed to the ground in our backyard and the power went out, but I don’t remember being frightened. Obviously, my grandparents were pretty good at acting brave – although they were far from having any actor sensibility.  I thought the whole thing was really exciting, except for mourning the fallen trees.
Not so last night as I waited for Irene to strike.  Having sealed our windows against the impending storm, I felt stifled by the heat and a curious smell that comes before a tropical storm, as if the air is burning up. I was deeply concerned about a call from a close friend who just evacuated her family house in Long Beach, and confided in me a dream she had a few weeks ago. She was flying, as one does in dreams, and as she approached her house she saw that the Ocean and the Bay had conjoined into one unbroken expanse of blue water.   At 2 AM, I awoke to Irene pounding in earnest against the glass and attempting to shake our out-of-date windows from their casements. I was frightened, but knew this emotion was linked to something deeper. I did what I always do in such moments, tried to link the fear to its source within myself – because I know this process can be valuable to acting and writing.
Of course, Edna and Carol came immediately to mind, so I got up to see if any of the trees perched on the terraces of the forty-five story monstrosity across the street had been blown off, I was relieved to see that so far they were holding to their pots. But back in bed with my husband’s arms wrapped firmly around me, I still felt the presence of something BIG AND SCARY.
So I breathed deeply and concentrated on how my body felt.  Giving my mind a focus frees my intuition from the obstruction of thinking. Also, putting attention on how the body feels helps significant memories to surface. I could feel the tightness in my stomach and jaw, and it took concentration to move my breathing down in the direction of my legs…  Suddenly I remembered Shakespeare. The Tempest was the first to surface, Act I, when Ariel is regaling Prospero with details about ‘The Perfect Storm’ he has created. My mind moved on to King Lear, the beginning of Act III, where the old king is exposed to the horror of the raging elements reflecting the disorder in his mind:
Blow winds and crack your cheeks! rage! blow!
You cataracts and hurricanoes, spout
Till you have drench’d the steeples, drown’d the cocks!
That seemed closer to my own state of mind because it reminded me that I see evil as a force, like the wind or the tide, using people as conduits – or the way cancer is an alien cell that gobbles up the body, but is not ‘of the body.’
At that moment I made the connection; I thought of the Shakespeare play with the BIG IDEA that could turn my BIG FEAR into something creative! As it turned out, it had nothing to do with a storm, but rather with the statement made by Franklin Delano Roosevelt: “The only thing we have to fear is fear itself.”
The Shakespeare play that came to mind was Macbeth, and I will demonstrate more about ‘linking’  and how it can be used creatively in my next blog. Stay tuned…
Posted by Caroline Thomas at 5:44 PM